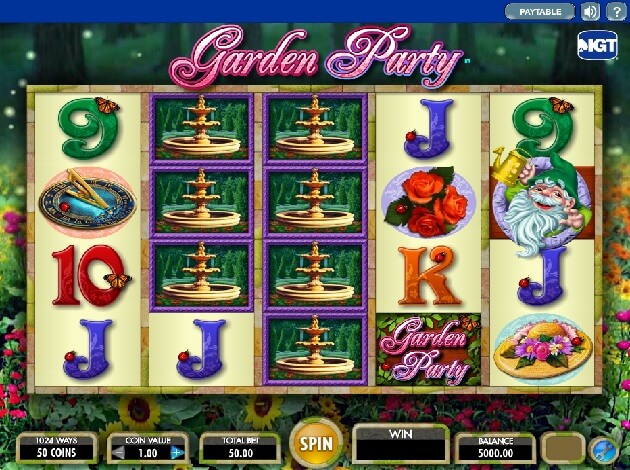 Enchanted Garden is a high quality progressive jackpot video slot game produced by Realtime Gaming. The theme of this game is all about a magical and mystical garden where fairies flutter between the trees and unicorns roam free. The backdrop to the game is thick and twisted forest where the reels are set into the foliage; almost being swallowed by the forest itself. The graphics are sharp and clear and the slot features smooth animation and top class sound effects to produce a game that will entertain almost every slot fan.

5-reel Slot with a Fairy Theme

Behind the frilly exterior of Enchanted Garden lies the heart of the game, the 5 reels slot with 20 paylines. In true RTG style the game itself is packed with bonuses features including wild symbols, scatter symbols, free spins, multipliers and a randomly awarded progressive slot jackpot. On the reels, players will find a host of enchanted characters and objects including a unicorn, a fairy princess, a dragonfly locket, a gemstone and a butterfly. To complete the reels, the slot developers have included the standard high card symbols that have been ornately decorated to blend into the theme of the game.

The highest paying standard symbol in enchanted garden is the unicorn symbol. If players are lucky enough to land all five unicorn symbols across the reels, they will trigger the standard jackpot payout of 2500 coins. If the fairy princess wild symbol is used to complete the unicorn jackpot, the total jackpot will be doubled to 5000 coins. In addition to the standard slot jackpot, the progressive jackpot can be won at any time at the end of any spin.