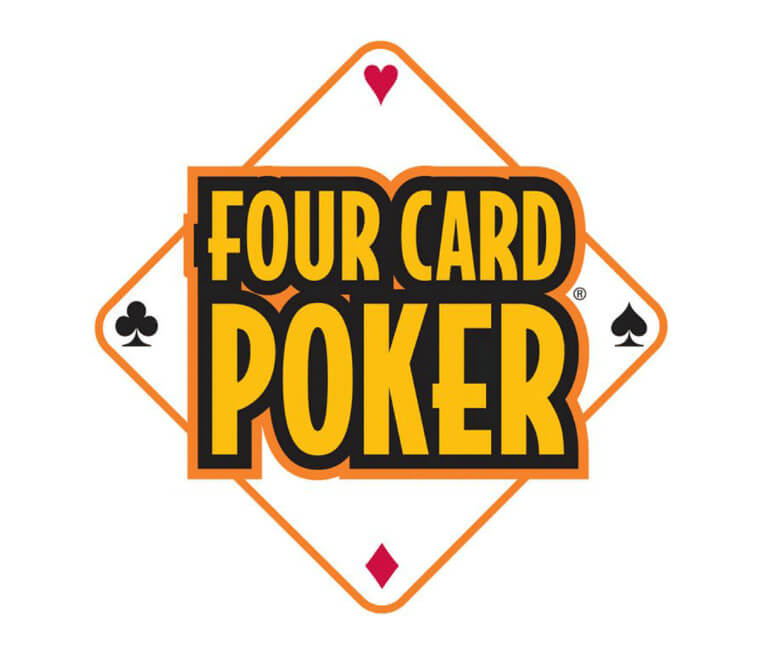 One of the myriad Poker titles that have been encouraged by the possibilities of digital gaming online and automatic shuffle machines in land-based casinos, Four Card Poker should be fun for players who already enjoy Three Card Poker. The title, released by Shufflemaster and invented by Roger Snow, gives the player two ways to win on each hand. It also pits players against the house only, so there are no other players or bluffs to worry about.

Players can either place an Ante bet, or an Aces Up bet, or both. An Ante bet means that the player’s hand must beat the dealer’s to win, whereas Aces Up bets pay according to a fixed pay table for a pair of Aces or better, no matter what hand the dealer holds. The dealer plays automatically, without needing a minimum qualifying hand. So Four Card Poker spares players the agony of drawing a great winning combo, only to watch the dealer fail to qualify and then only getting paid on the Ante.

After placing either an Ante bet, an Aces Up bet or both, the player is dealt five cards, and the dealer receives five cards face down, with one card face-up. The object is to make the best Poker hand possible with the four cards, including options like four-card straights and flushes. After seeing their own cards and the dealer’s single face-up card, the player can decide to fold and forfeit just the Ante.

If the player decides to play, they must add a bet of between one and three times the Ante to their stake, then choose the strongest four cards as their final hand, and discard the fifth. The dealer’s hand is revealed, and the strongest four cards arranged in a combo, with the other two discarded. If the player ties or beats the dealer, the player wins even money on the total Ante bet. Combinations of three of a kind or better also win bonus amounts over and above this, and these bonuses can be as much as 30X the total bet for four of a kind.

If the player has placed an Aces Up bet, the four-card hand that they play will win if it contains any combo found on the pay table, whether or not the dealer’s hand can beat it. These wins start at even money for a pair of Aces or better, but will vary according to the pay tables used in different casinos.