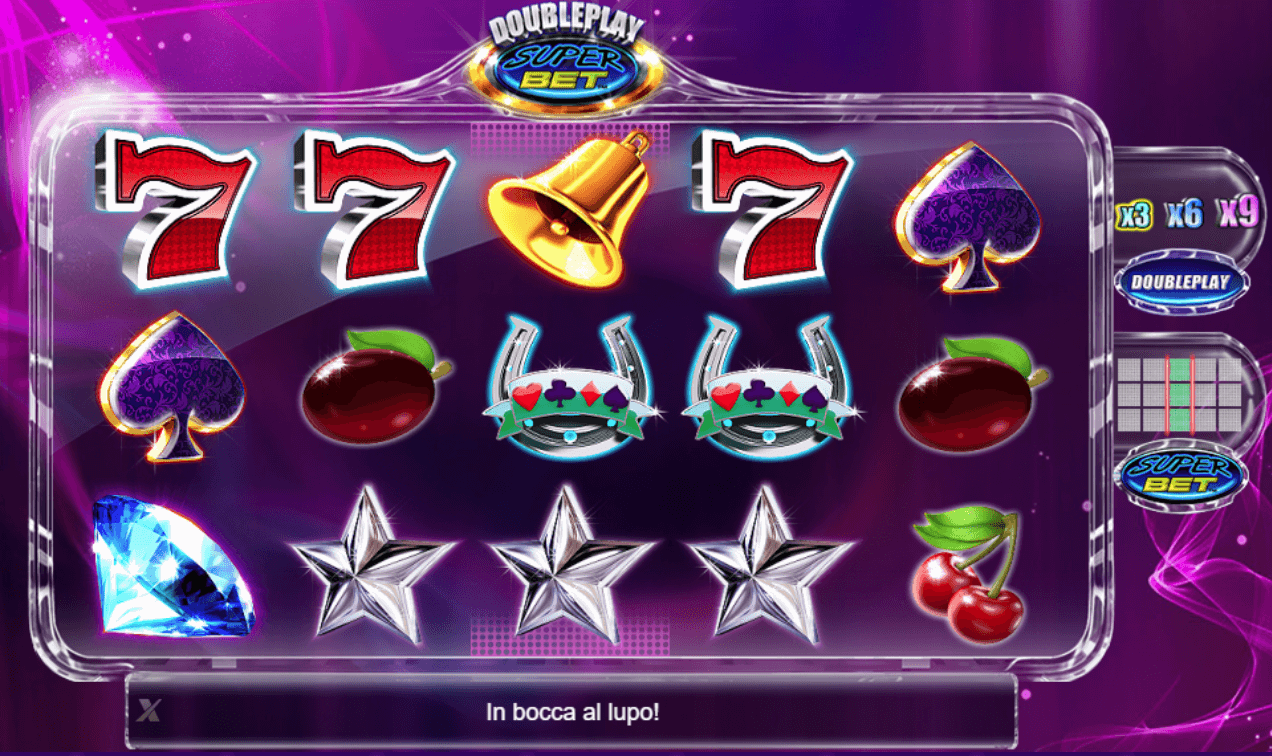 Doubleplay Superbet is one of those slots that seem like a simple, standard game at first, but quickly reveals that it has a unique twist few other games have. This comes in the form of a special mechanic related to the reels, where players have the ability to change the nature of the reels in order to increase the chances of success. On top of this, Doubleplay Superbet also comes with a free spins bonus, and a special gamble feature that can be triggered at the end of every winning round.

Like many of NextGen Gaming’s slot titles, Doubleplay Superbet is a more modern slot, using traditional gameplay as a base and expanding upon it with its own special mechanics. As far as the base game is concerned, however, Doubleplay Superbet comes with 5 reels and 25 paylines, which is generally the standard for online slot games. It is suggested that players play the game on a computer, as it is not optimised for mobile devices of any kind, apart from laptops.

The enhanced reel mechanic that Doubleplay Superbet makes use of is what really sets the slot apart from others. The mechanic can be boiled down into two main features: double play and super bet. These are two options that are selectable, which can be found to the right of the main reel screen. Each has a different usage, and allows the player to alter the game if they choose to do so.

Double bet is the first option available, and it essentially adds a multiplier to the player’s current betting amount, meaning that winnings can be increased dramatically. The multiplier starts at 3x, and can increase to a maximum of 9x. This cannot be done freely, however, as every increase to the multiplier also adds a relative amount added to the total bet amount. So while the amounts of winnings is increased by a large amount, it also means it will cost players more per round.

Secondly, the Superbet can also be used, and this adds a special wild to the game at the start of every spin. The superbet also has a level set, where higher levels mean more wild symbol opportunities. Similar to the double bet option, using this increases the wager amount substantially.

The Doubleplay Superbet Symbol is the scatter of the game, and three or more are needed to land on the reels before 15 free spins are awarded. Wins using the enhanced wild during the free spins rounds also grant the player an additional 18x multiplier.

The gamble feature is pretty standard, where players have the opportunity to gamble on their current winnings after a successful spin by playing a small mini game. Players will need to guess through a series of different cards in a row, and successfully doing so can double or even quadruple the amount of winnings that are earned. Losing, however, nullifies all winnings for that round, hence the name of the bonus game.

Doubleplay Superbet is, without a doubt, aimed at players who like more control over their game aspecially when they play slots for real money in Canada. The enhanced reel system gives players the chance to win so much more as they play, albeit at an increased cost.