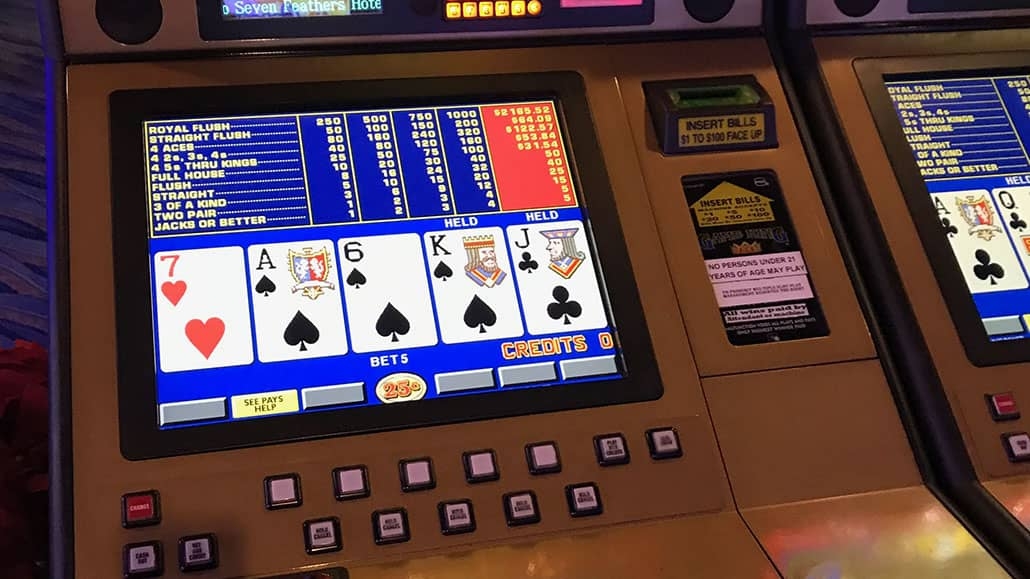 Video poker was not one of those inventions that took the world by storm when it was created. In fact, the first video poker game – it was called ‘Poker-Matic’ – was created by Dale electronics in 1970. There was a lot of hope for the machine, but unfortunately it simply did not catch on and failed miserably. Even though it wasn’t a hit, it did open the door for the industry and big things soon stepped through that open door.

It is later in that very same decade that William Si Redd developed a video poker that required a minimum of two pairs to be a wining hand. He tried to sell the idea to Billy Gaming, where he worked, but they simply did not want to grab hold of the idea. Probably because of the Poker-Matic debacle a few years earlier. But Si was determined to make this work and realised that if he was going to do this, he would have to do it on his own.

He quit his job and started up his own company. It seems a lot to risk for one gaming idea. SIRCOMA was born and later evolved into IGT – International Game Technology. It would seem that his idea and vision paid off, but not right away. It is only when he lowered the wining hand to a pair of Jacks – giving birth to the game ‘Jacks or Better’ – that the video poker idea started to pick up in popularity. This was not just great for his industry but for the video slots industry as a whole.

Popularity of the 80’s

The 1980’s proved to be great for the industry and IGT was at the front of advancing the world of video poker. These machines were placed in just about every casino in Las Vegas. But they didn’t stop at casinos. Oh no, you could play video poker at your local bar or café, while waiting for your flight at the airport, in a smoke filled and music blaring strip club and even at your local bus stop on your route to work or home.

The accessibility of the machines was not the only thing that lead to its popularity. These machines also offered multiple betting options. From entering a single coin to multiple coins, making your chance of winning more money easier. It was designed to resemble a real-life betting table which offered all the same game play rules, without the pressure of sitting at an actual poker table.

Not to long ago the industry changed again as technology advanced. You can play video poker on a touch screen. Even though there have been so many advances in the industry, one thing remains the same. IGT remains at the helm of this world and they have gone on to develop other slot machines as well, including the Megabucks.

From a large wooden box to the tip of your finger on your phone, Video poker has in a span of only 50 years, changed and revolutionised the way that we gamble and all thanks to one man who risked it all.